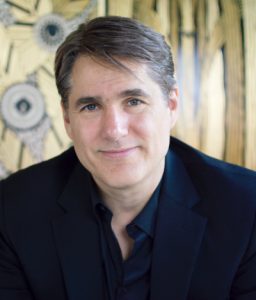 Active as a composer, conductor and bassist, Peter Askim is the Artistic Director of the Next Festival of Emerging Artists and the Music Director of the Raleigh Civic Symphony and Chamber Orchestra, as well as Director of Orchestral Activities at North Carolina State University. He was previously Music Director and Composer-in-Residence of the Idyllwild Arts Academy Orchestra. He has also been a member of the Honolulu Symphony Orchestra and served on the faculty of the University of Hawaii-Manoa, where he directed the Contemporary Music Ensemble and taught theory and composition.

A dedicated champion of the music of our time, he has premiered numerous works, including works by composers Richard Danielpour, Nico Muhly, Aaron Jay Kernis and Christopher Theofanidis, and has collaborated with such artists as the Miró String Quartet, Matt Haimovitz, Vijay Iyer, Jeffrey Zeigler, Nadia Sirota, and Sō Percussion. As a composer, he has been called a “Modern Master” by The Strad and has had commissions and performances from such groups as the Tokyo Symphony Orchestra, the Honolulu Symphony, Cantus Ansambl Zagreb and the American Viola Society, as well as by performers such as ETHEL, cellist Jeffrey Zeigler, flutist/conductor Ransom Wilson and violinist Timothy Fain.

Mr. Askim is the founder and Artistic Director of The Next Festival of Emerging Artists, a summer festival dedicated to cultivating the next generation of performers and composers. Focusing on the music of living composers, the festival artists frequently perform World Premieres and collaborate closely with prominent composers on performances of their works. Led by Mr. Askim, The Next Festival has received numerous grants and awards for performances of American music, adventurous programming and educational outreach since its inception in 2013. In conjunction with Pulitzer Prize-winning composer Aaron Jay Kernis and Tony-nominated choreographer Christopher D’Amboise, Mr. Askim founded the Next Festival Composer and Composer/Choreographer workshops, connecting early-career performers, composers and choreographers in an innovative and highly collaborative laboratory for the creation of new works.