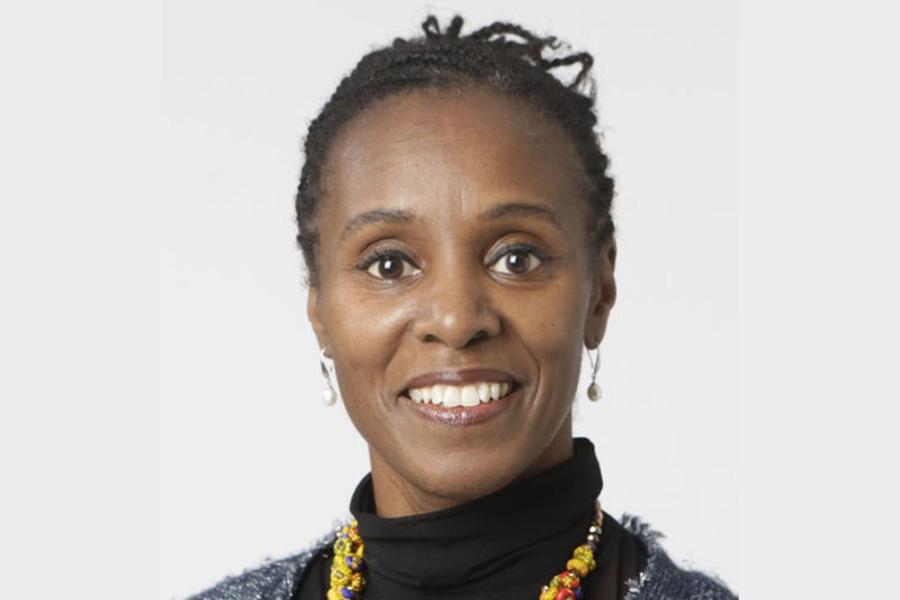 Dr. S. Ama Wray is an associate professor of dance and the University of California, Irvine. She is a former U.K NESTA Fellow (National Endowment for Science Technology and the Arts – similar to the MacArthur Awards)—an improviser, choreographer, director, teacher and scholar. She self-titles as a ‘Performance Architect,’ receiving her Ph.D. from the University of Surrey where she developed her theory and practice of Embodiology®, a neo-African approach to contemporary dance improvisation. Her TED talk articulates its distinctions and philosophy. In 2016 an essay on her neo-African approach to dance improvisation is in Black Dance British Routes (edited by Adair and Burt, 2017, published by Routledge). In 2014 two essays on jazz dance were published in the anthology Jazz dance: A History of its Roots and Branches, edited by Guarino and Oliver.

As a performer in the UK she danced with London Contemporary Dance Theatre and Rambert Dance Company between 1988 and 2001. Wray is widely known for her role as the leading performer and legal custodian of Harmonica Breakdown (1938), choreographed by Jane Dudley. As its custodian she continues to restage the work globally and has completed a motion capture/Labanotation research project funded by the UK Arts and Humanities research Council 2014-16. The dance is also the title subject of a documentary about Jane and this work. Her other films are for JazzXchange Special Request, depicting a journey from Nyabinghi drums to Hip Hop, shot on various locations in NY; and Red as Expected, an award-winning film by Dennis Morrision with music by Byron Wallen. Re-inspired after her solo role in Wynton Marsalis’ Harvard Lecture Series in 2012 and her residency at The Institute of Advanced Study (in Princeton) she re-launched JazzXchange in the USA and is developing an interdisciplinary festival of jazz and hip hop performance in Orange County. Currently her improvisation practice is extending into clinical research with UCI Medical Centre, using her dance improvisation methods as a form of therapy for patients who suffer from chronic diseases. And in 2015 UK’s National Resource Centre for Dance invited her to place her archive within their permanent collection. In the realm of theatre she has successfully directed two of Mojisola Adebayo’s plays, Moj of the Antarctic-An African Odyssey and Muhammad Ali and Me, which have toured the UK and South Africa supported by the British Council.

In London between 1992 and 2004 Wray was artistic director of JazzXchange Music and Dance Company, collaborating with musicians including: Gary Crosby – OBE, Julian Joseph, Wynton Marsalis, Bobby McFerrin and Zoe Rahman. For the UK’s 2012 Cultural Olympiad Festival she was commissioned to choreograph The Brown Bomber, collaborating with Joseph once again, supported by the PRS Foundation. As a result of her 4-year NESTA fellowship, dance of the African diaspora, jazz and improvisation intersect in her concept of digitally enabled improvisation, which manifests in the award-winning Texterritory. Texterritory is an interactive performance platform created in collaboration with Fleeta Siegel. Recent productions include Texterritory Congo, Digitally Ever Present and Texterritory USA.